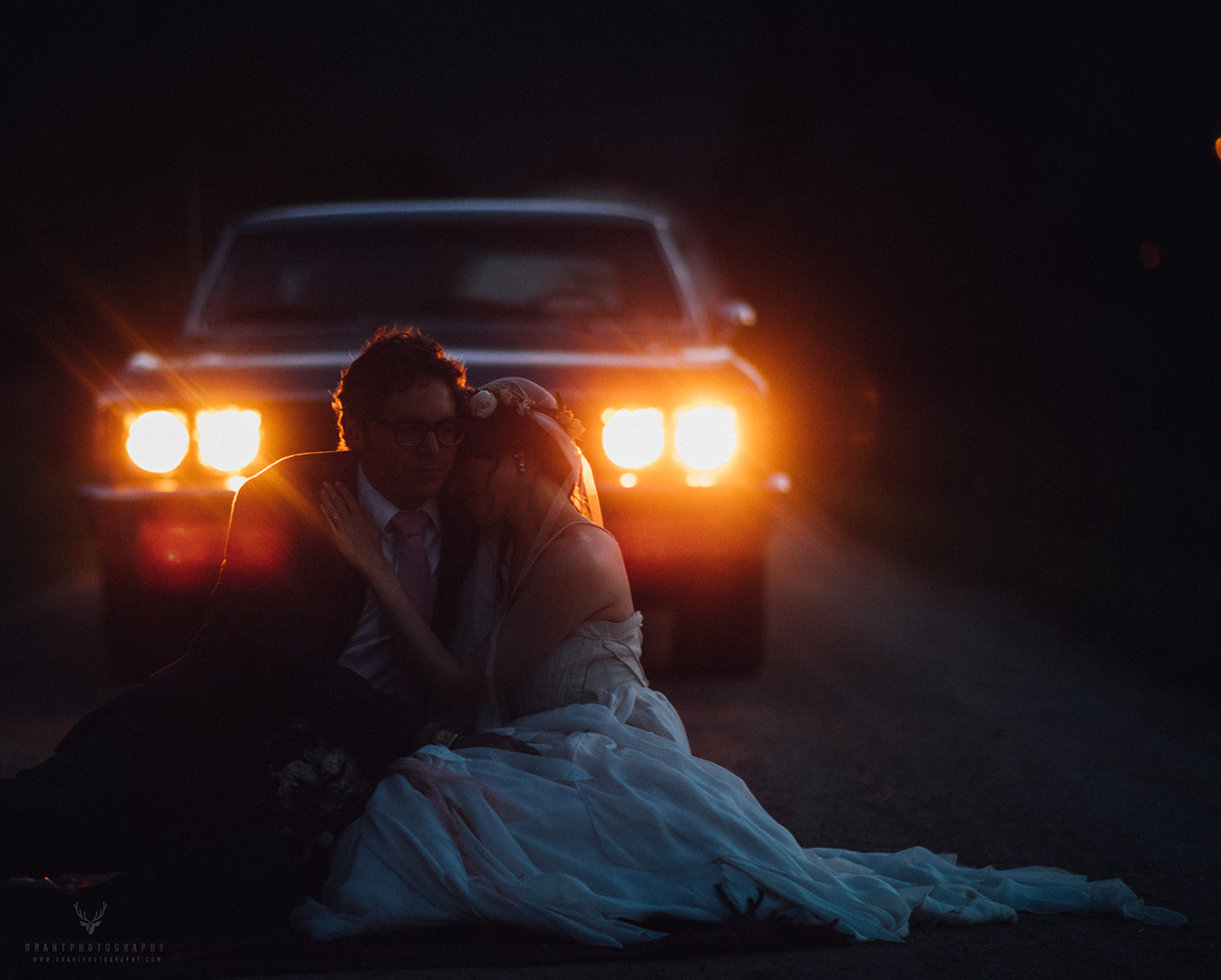 Salmon Arm has always been one of my favourite places to shoot. There's wide open spaces, dirt roads, and Mount Ida in the distance. Older houses, cows, and sheds filled with knick knacks. However, no...
T
S

Salmon Arm has always been one of my favourite places to shoot. There’s wide open spaces, dirt roads, and Mount Ida in the distance. Older houses, cows, and sheds filled with knick knacks. However, nothing could have prepared me for this wedding – what was ahead. 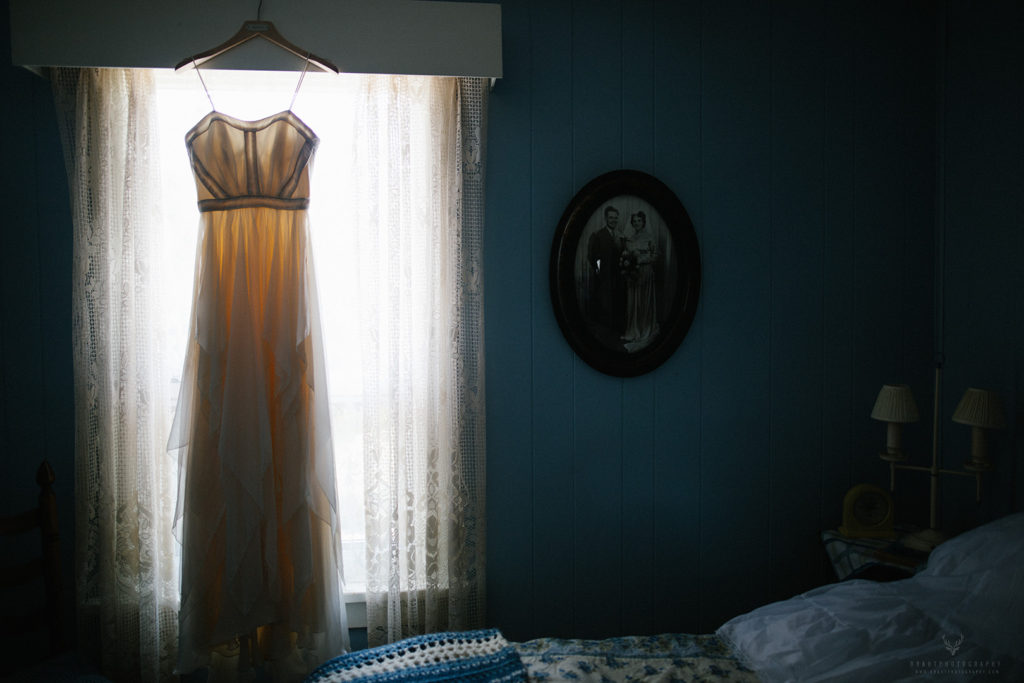 The wedding took place in the estate of an older turn-of-the-century house. It was well kept up, with love. In all seriousness, this place was in better condition than most new houses I’ve been in! Thick flooring, and gorgeous victorian Daguerreotype photos. Daguerreotype was really huge in mid 1800’s to early 1900’s. That’s because Louise Daguerre patented his ingenious daguerreotype process – in Britain. Photographers in Canada and the US were free to use this process without a patent. This led to an explosion in this process in North America, and subsequently, portraits. This dates these photos (it’s a round daguerreotype) to the early 1900’s. In the late 1800’s the process looked more sandy because the elements weren’t purified to the extent they were now. 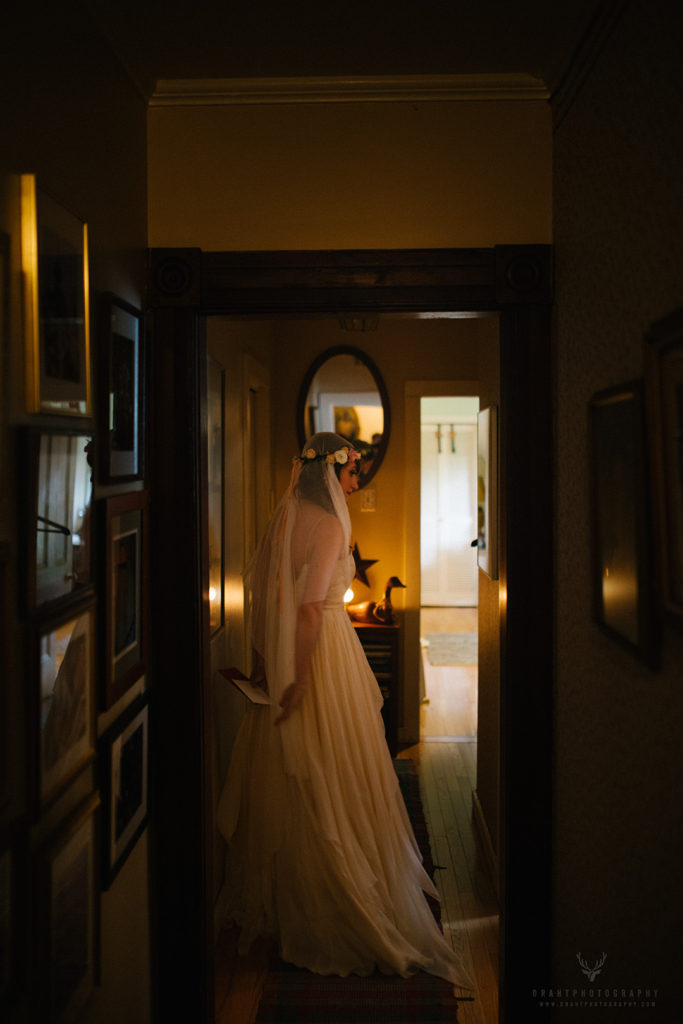 Keep in mind too – this is a sampler. It means that it’s a handful of images, but by no means all of them. There were a lot of really, really great photos. It was very, very difficult to pick these photos amongst the thousands I’ve taken. The good news is that the full album will be with us in a fortnight. Not long to wait before you get to scroll through the album and relish every photo. 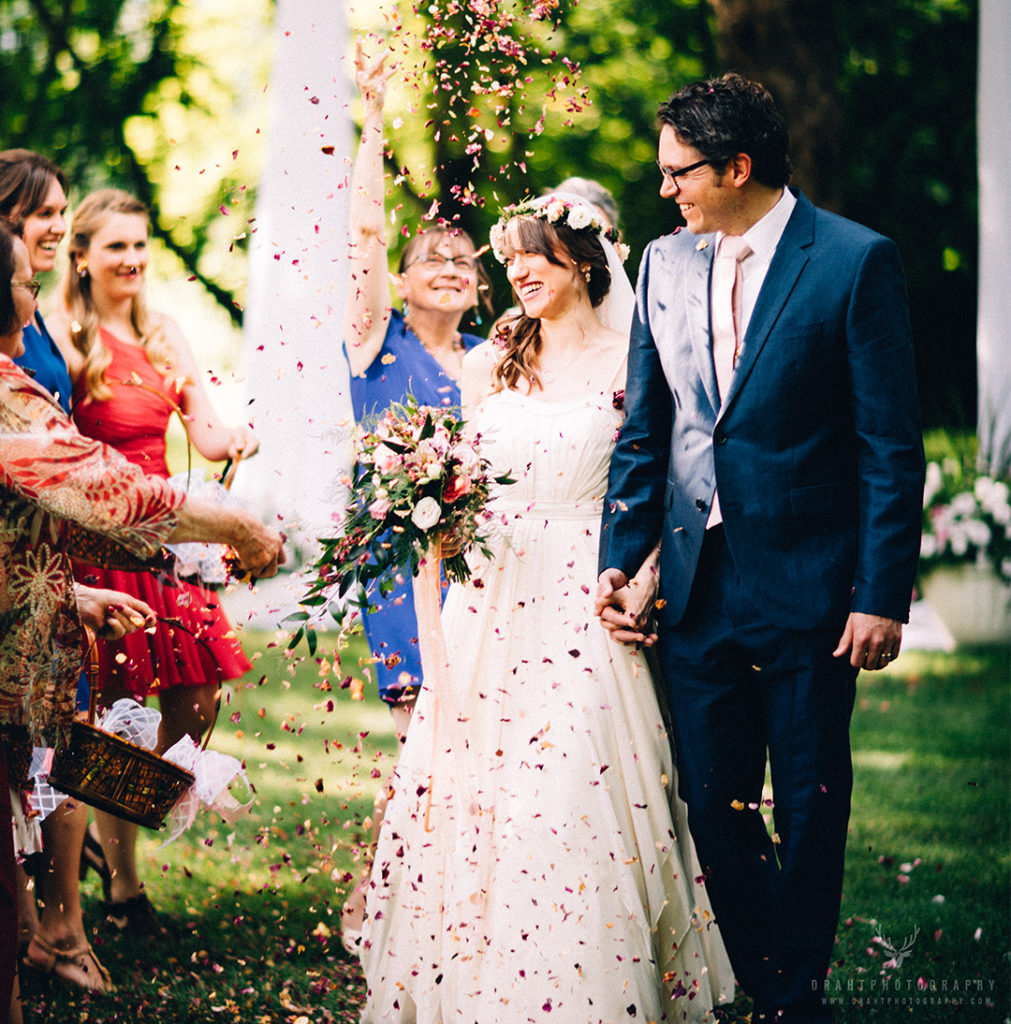 The ceremony was small, heartfelt, and beautiful. I’m always in love with the way the family pulls together. You can see the Mom’s and Dad’s, snuggling a little close to each other as they remember their wedding day. The finishing touches Grandma puts, the surprise confetti and the looks on the faces. This is genuine. 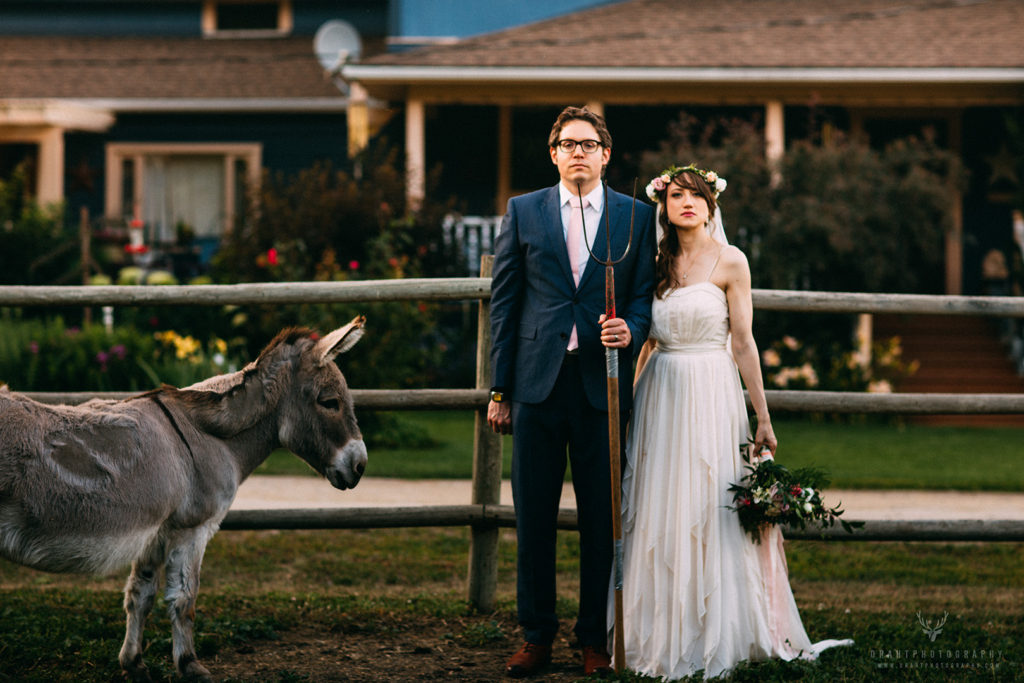 As is the country tradition, we have our bride and groom pose in the classic American Gothic setup. To spice things up, we added a mule. Later on, going over the photos together, we realized a mule was exactly what the photo needed. Not a whole mule, mind you, 2/3rds of a mule would do the trick nicely. This is a well balanced photo. Word of warning though – you can’t have mules in every photo. 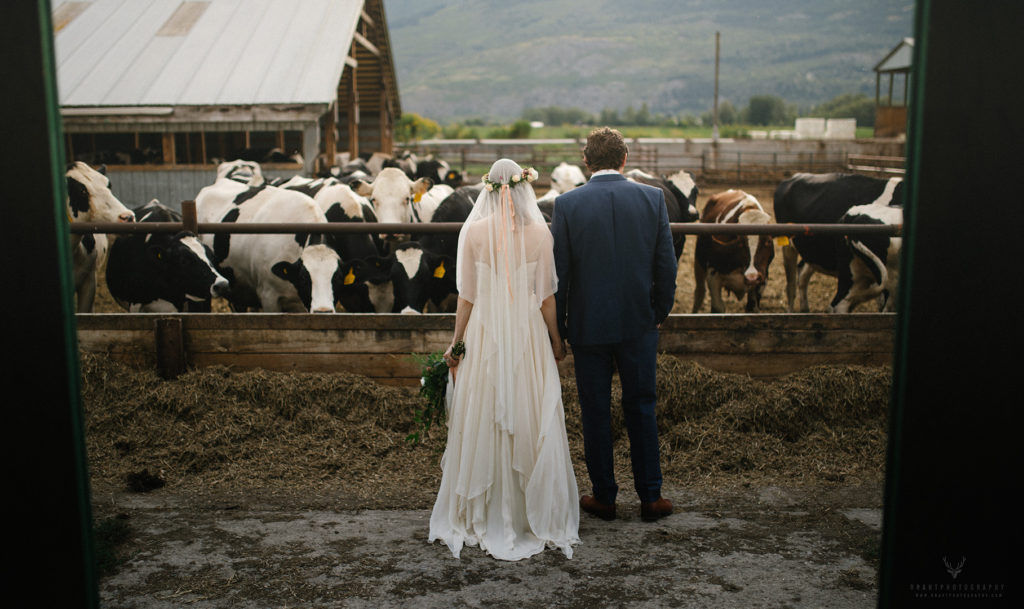 But we’ll leave that for the full album.

And normally, there’s where I end it. But hey, maybe a few more photos. There was a vintage Pontiac we should talk about. 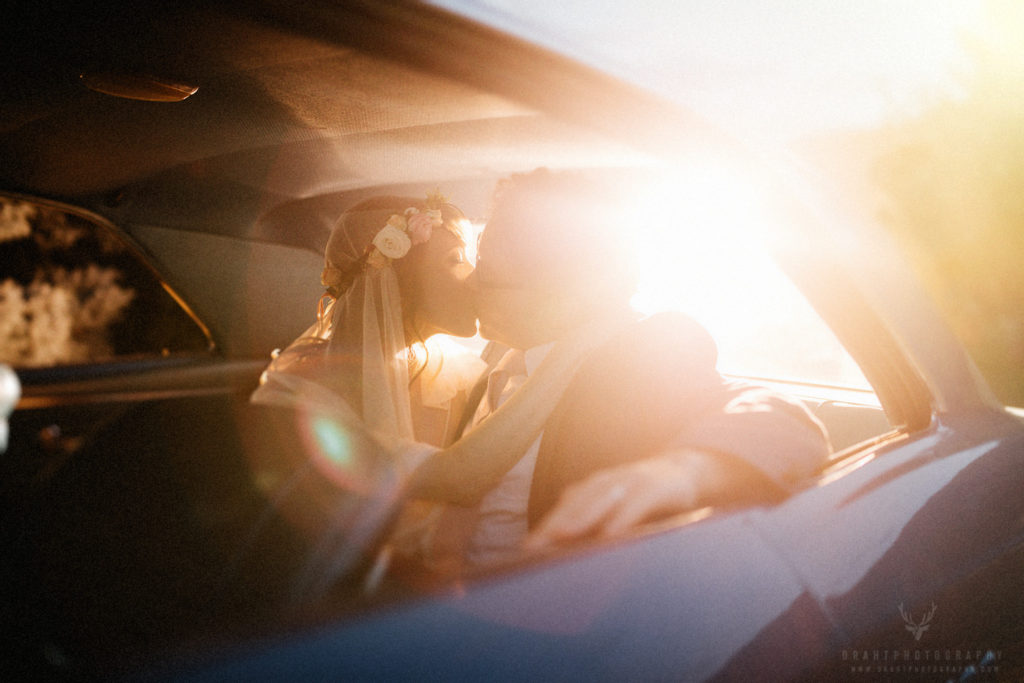 This was the groom’s own car when he was in high school. He kept it, brought it out of storage for his wedding day. If you’ve known me for any amount of time, you’ll know I have a weakness for these old cars. 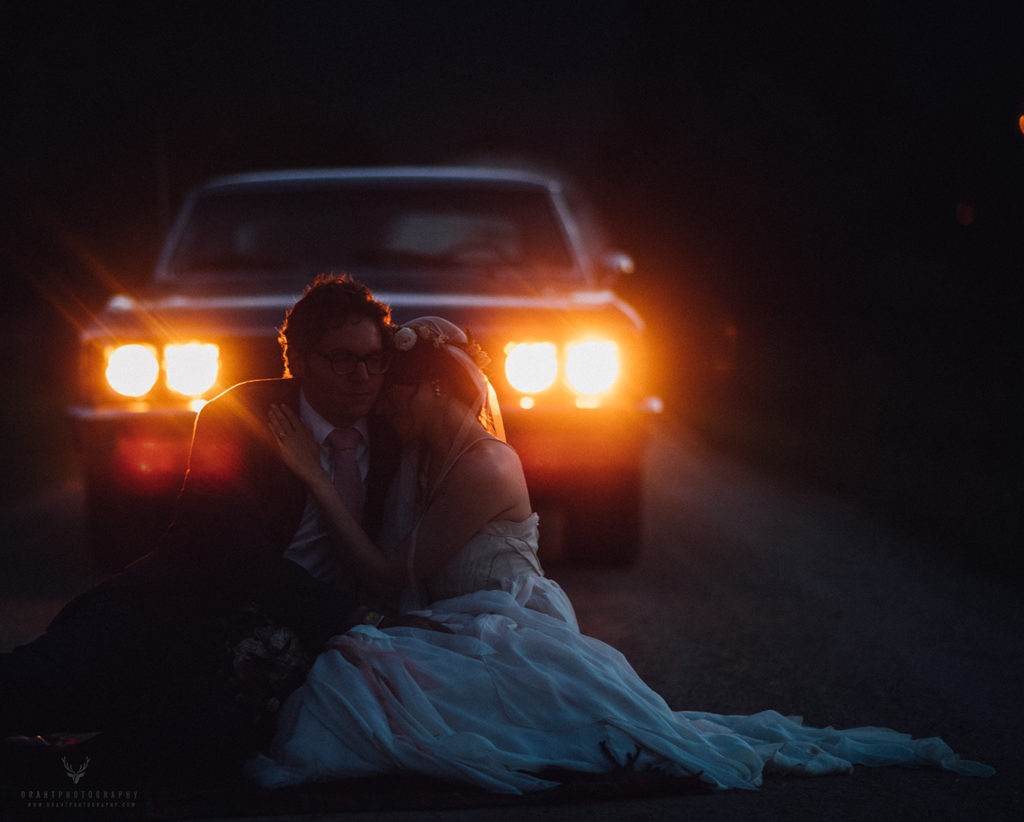 It’s the classics. I have a weakness for the classics. They’re beautiful cars, and they have character. Nothing like setting out a blanket to see the sunset on an old dirt road. There’s stories there, hundreds of stories, and sincerely believe there’s part of us that knows this. We’re drawn to it, we are drawn to the character. 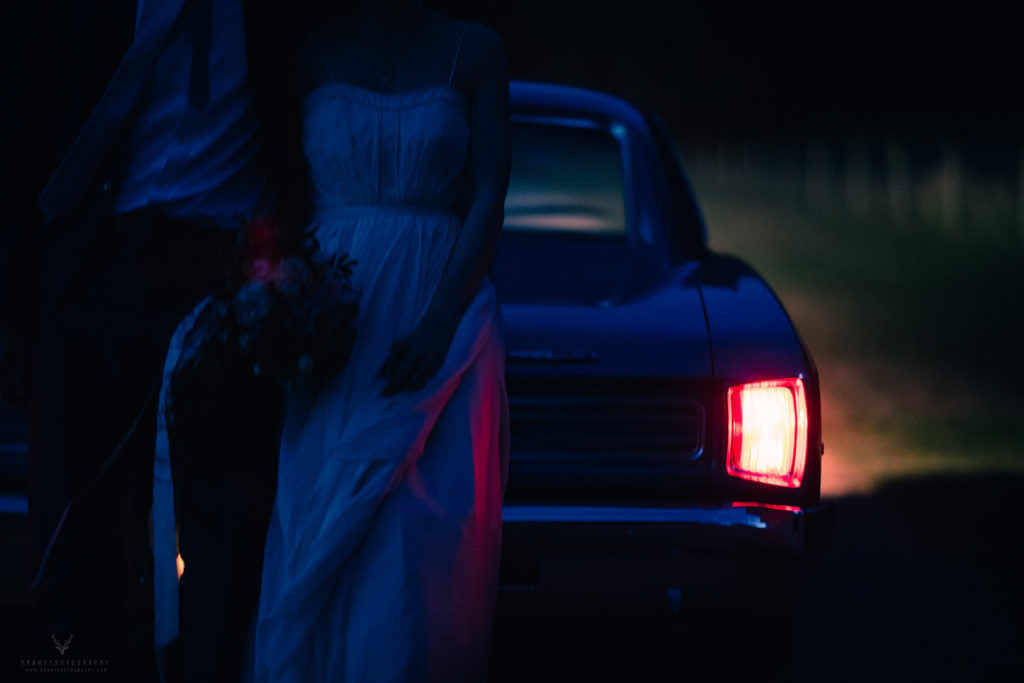 So that’s it for the sampler. I apologize if there’s a photo you’d really like to see that wasn’t included. It’s a little past 1am right now, which means it’s bedtime for me. I encourage you to keep checking up on this page, though. This album will be up before you know it, and you’ll want to see it.

[Edit: It’s here. Click this link for the gallery]

Thank you for reading this far. Try following my instagram, facebook, or twitter if you’d like to keep updated. Or heck, let’s schedule a shoot. There’s a share button below as well – feel free to share it with any of your friends who are planning their wedding and are looking for ideas. Talk to you in three days!

An Almost-Rainy Wedding at Quail Ridge in Kelowna Sampler

The Military Wedding in Grinrod 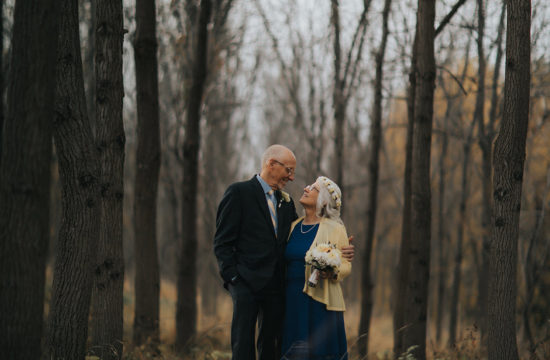 The Fall Wedding at Emmanuel Baptist Church in Vernon 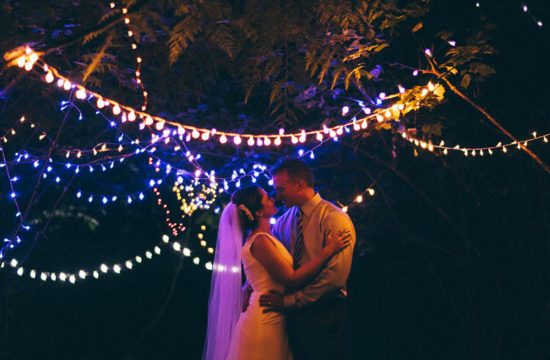 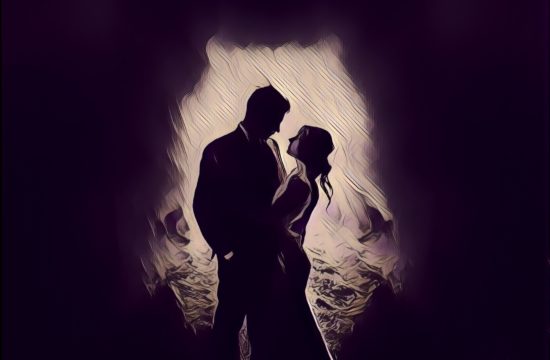