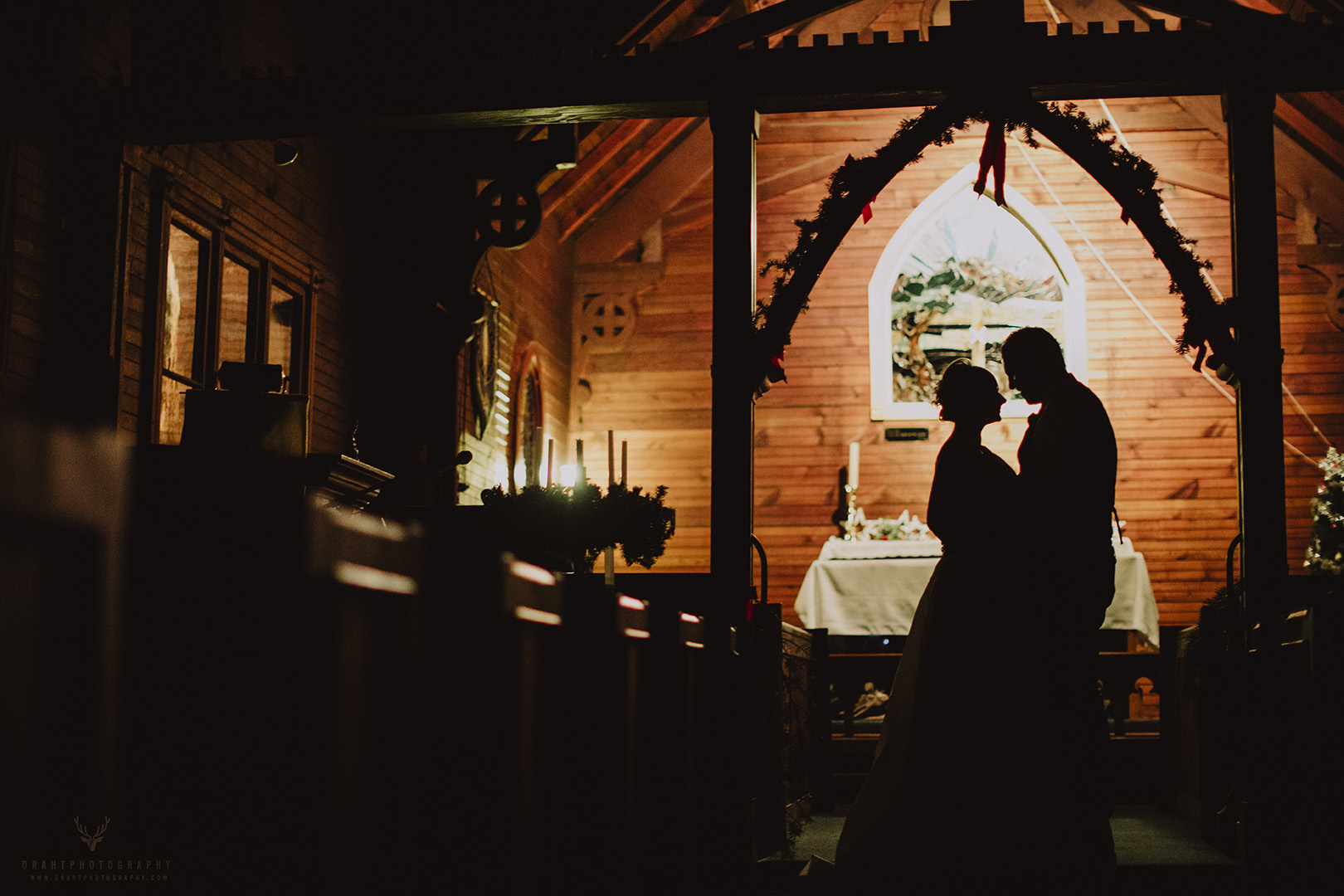 The Enderby Wedding at Lilypad Ranch

If you haven't heard of Lilypad Ranch in Enderby, that's fine. They only host about 1-2 weddings a year, as well as a few other events. Enderby's one of my favourite cities to photograph in. It's rust...
T
I

If you haven’t heard of Lilypad Ranch in Enderby, that’s fine. They only host about 1-2 weddings a year, as well as a few other events. Enderby’s one of my favourite cities to photograph in. It’s rustic and old. The traffic isn’t bad, because not too many people live there. The mom and pop stores that line the city streets are unique. 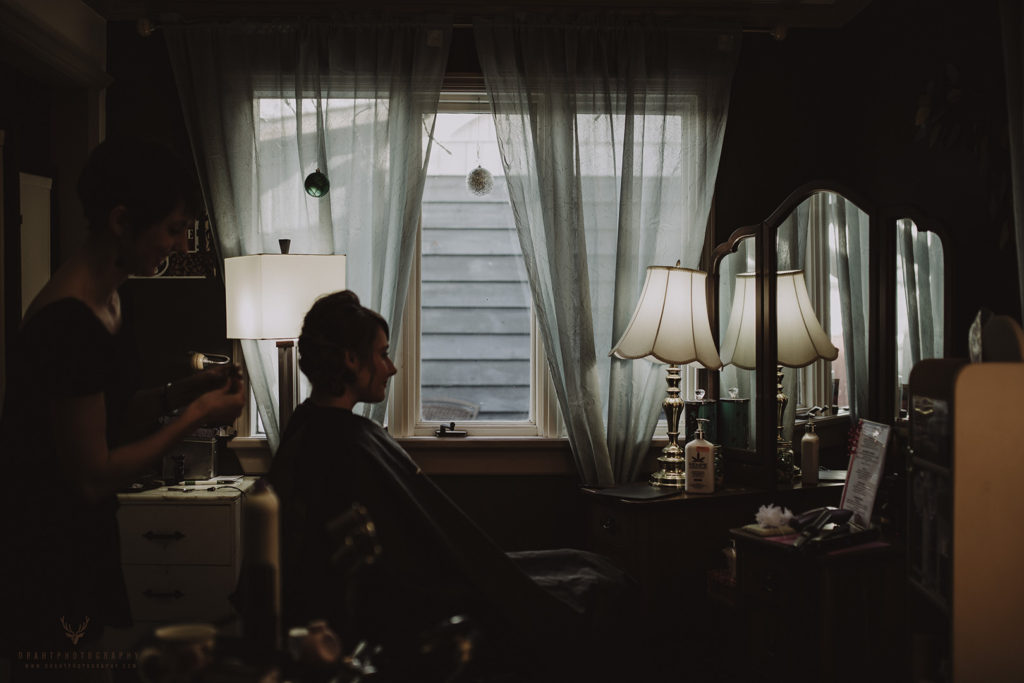 We start out a little later in the day. 1pm to be exact, at Evolve Studio. Our bride was looking amazing already. I snapped away, just imagining all the Instagram likes. Often I’ll bring in an LED strip for this kind of situation, however, the roof was low enough I could simply bounce my flash. Even though I’m very choosy with my equipment, I still brought three bags of gear. 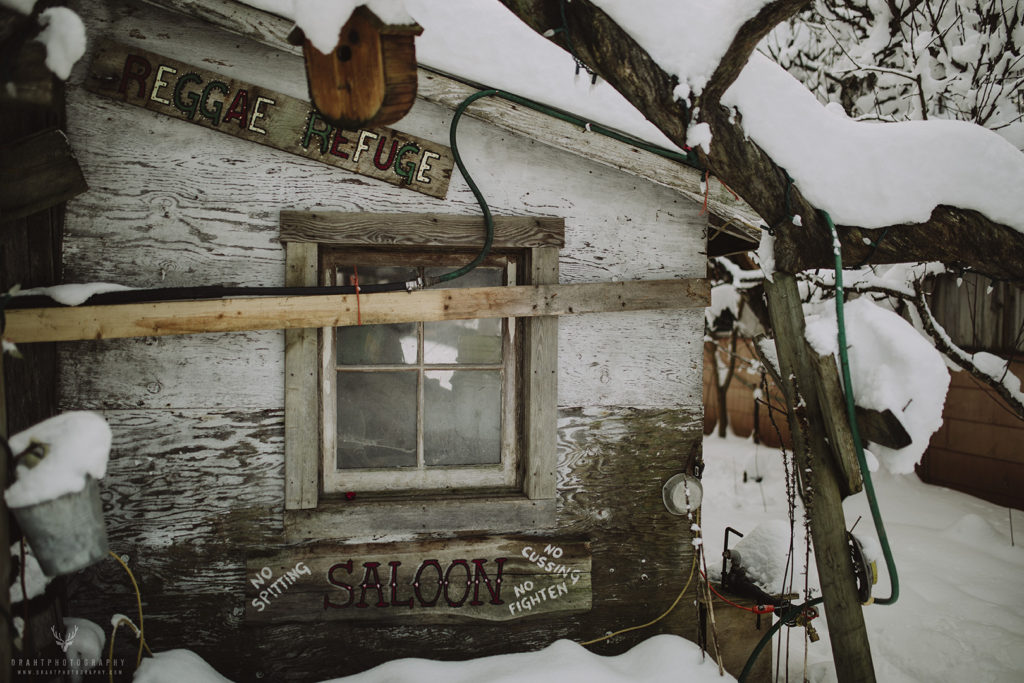 Next stop, Lilypad Ranch. The rules were tough but fair. 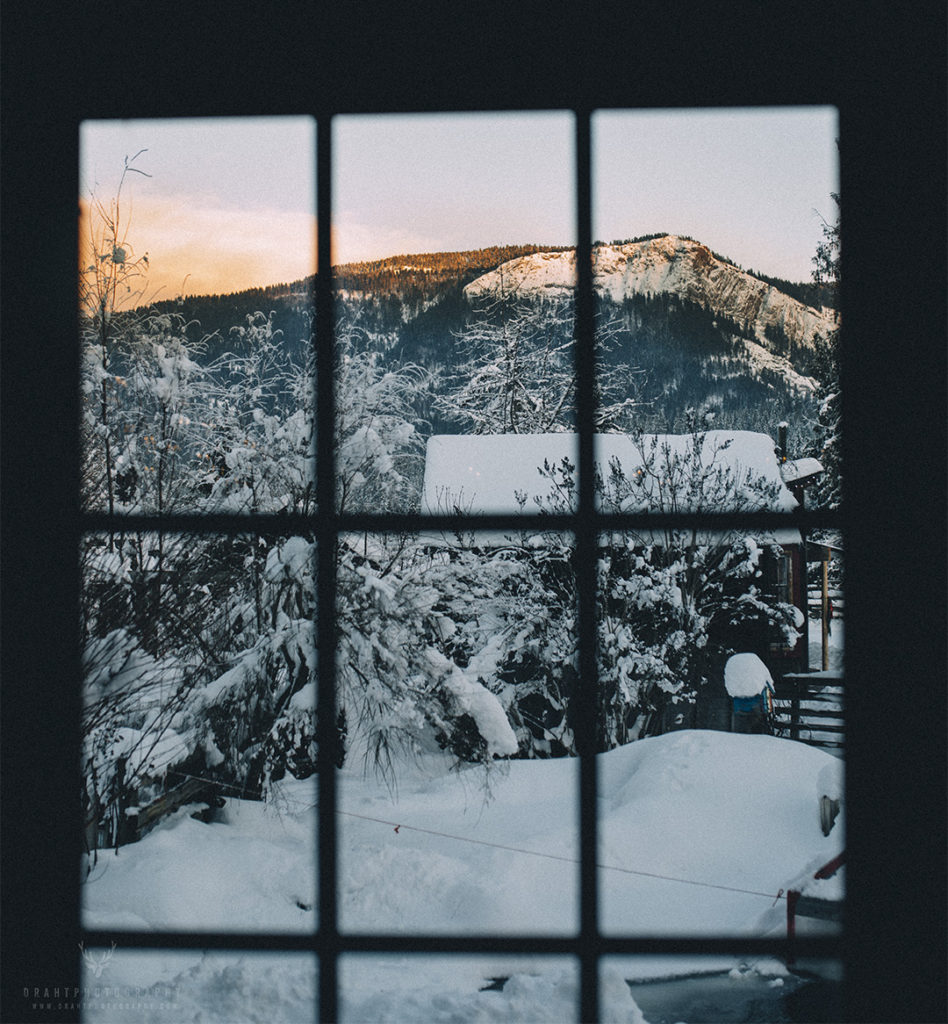 The sun had just begun to set over the mountains. A thick fog was coming in for the north. I welcomed it – usually, I have to use smoke bombs for that kind of effect. Time to photograph the dress! 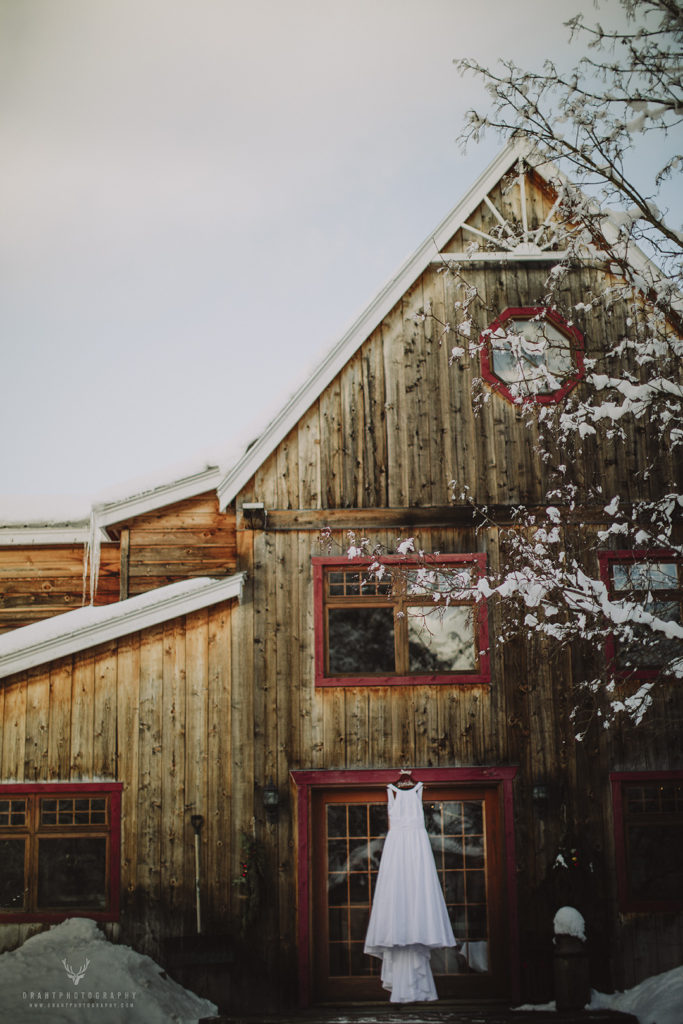 I always worry a little when I photograph the wedding dress. Earlier this year, I put the bride’s dress against a wood wall. When we came back, it had a few cedar chips in it. I like to put the dress against doorways. There’s a clearance between the dress and the doorway, even glass if I’m lucky. I’ll go in for a wide shot, then some closer ones.

Keep in mind this is a sampler – just a few photos to give you an idea of what the final album will look like. In the final album, I’m going to remove that shovel up above.

The ceremony was quick. It was quaint and beautiful, heartful, and a little funny at times. It’s also the last wedding of the year for me. Seeing as how it took place on December 30, I’m okay with that. 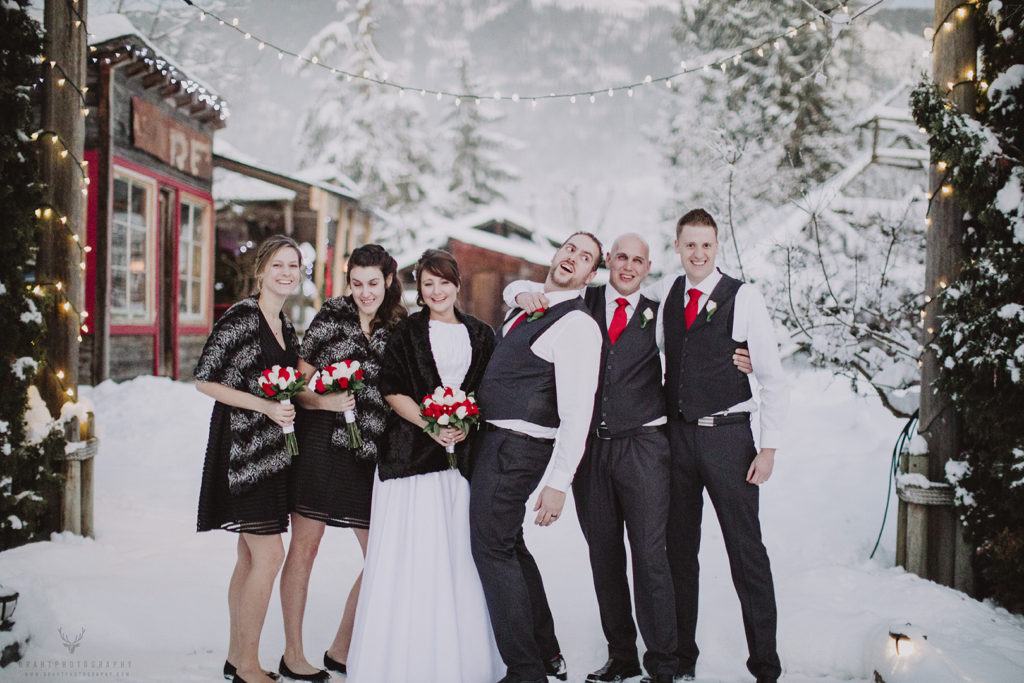 We had a small, goofy bridal party. The backdrop, with the fog coming off the mountains, was picturesque to say the least. Christmas lights were strung up, and everyone was having a blast. We went to the neighbour’s driveway to take a few more photos in the fog. 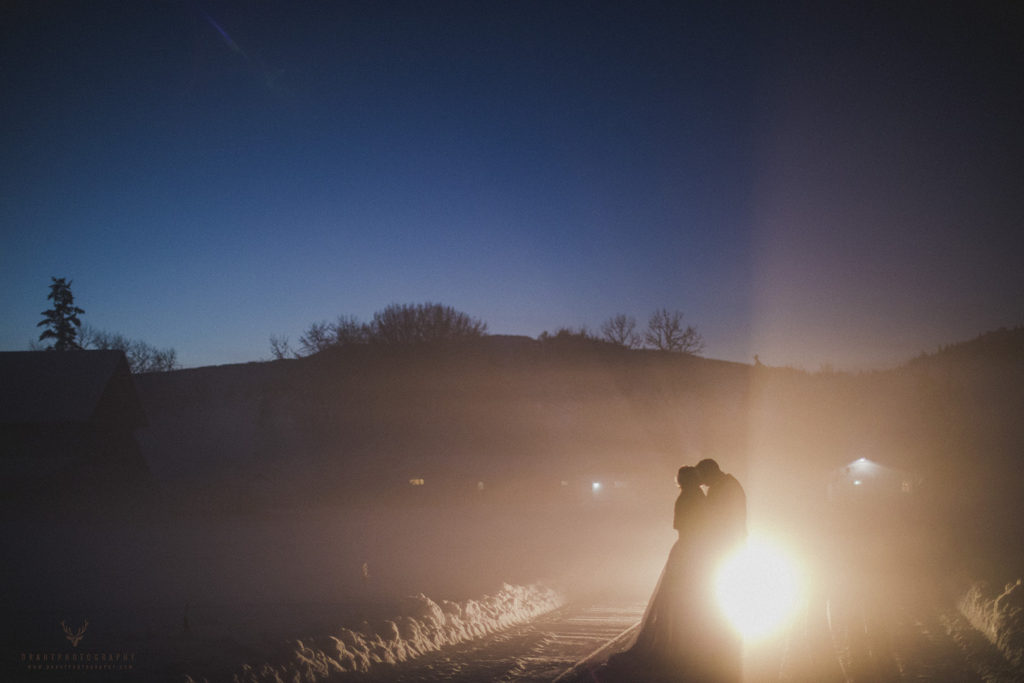 We had some lovely shots as the sun set. If you look carefully, you can see where they’ve split the rays. After that, we headed to the reception. Right by it, we found the Enderby Parish. 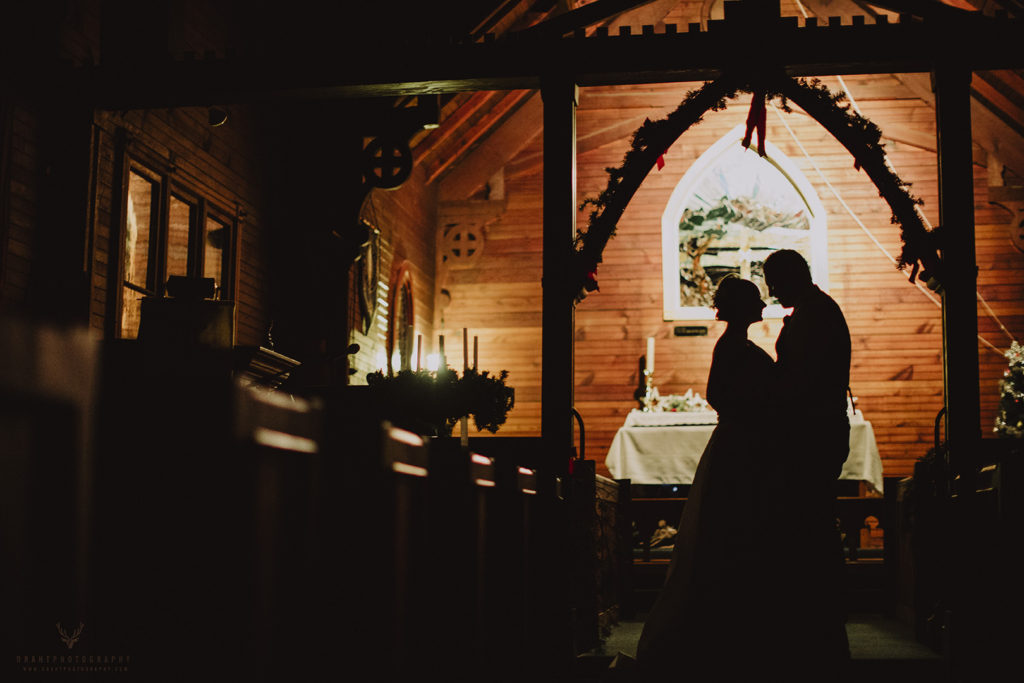 Inside, it was lovely. It looked like an old church in Europe. The pews, wood slats, and gorgeous stained glass window made this place a photographer’s dream. 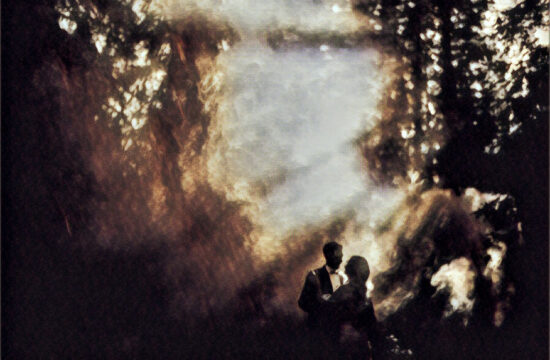 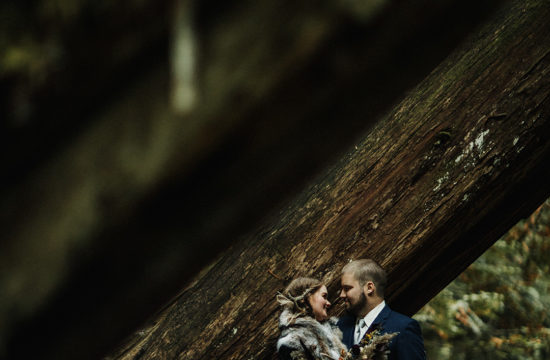 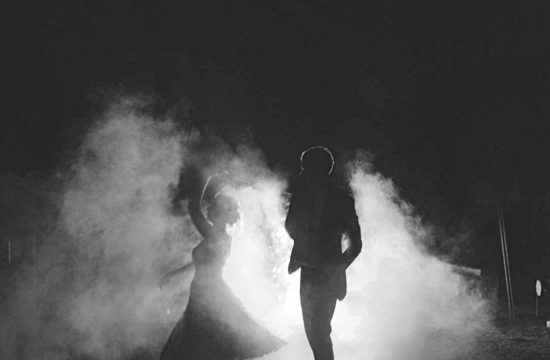